«In 2010 this wonderful space was created in order to welcome the entire community of Colombian and Latin American violists; since then the festival is held every two years at the Conservatory of Music of the National University of Colombia. Here, we offer a variety of classes and workshops on practical and enriching topics, we assembled a national and international panel of distinguished violists and performed in renowned auditoriums of the city.

Our Bogotá Violas Orchestra has grown stronger and stronger and in its latest version (2019), it brought together more than 100 violists, including students, teachers and orchestra professionals from Colombia and Latin America. During these years, we were finding children with a solid interest in this instrument, and that is how we consolidated a space for them by creating the Infant and Youth Program.

The achievements of each edition have been a source of pride and encouragement to continue working and supporting the talent of our violists. That is why, parallel to the festival, we have carried out other activities with international guests supported by other institutions such as the Bogotá Philharmonic Orchestra, the Julio Mario Santo Domingo Mayor Theater, the Luis Ángel Arango Concert Hall and the Bogotá International String Quartets Festival. . 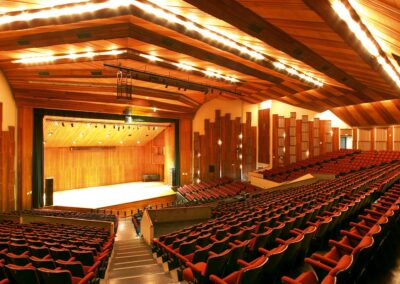 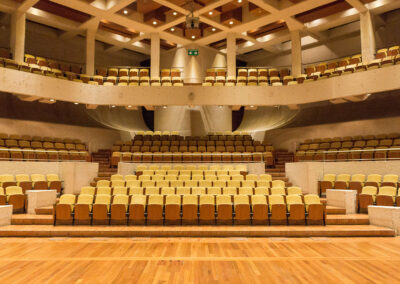 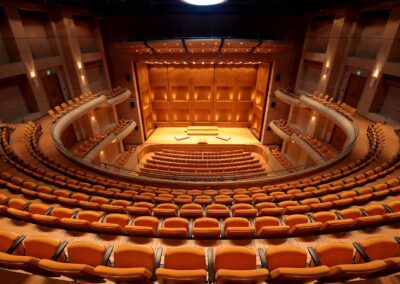 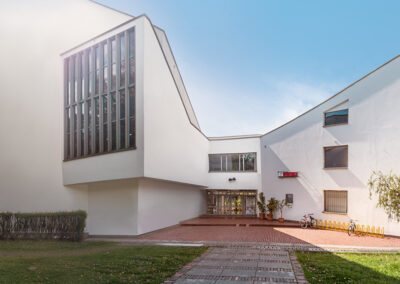 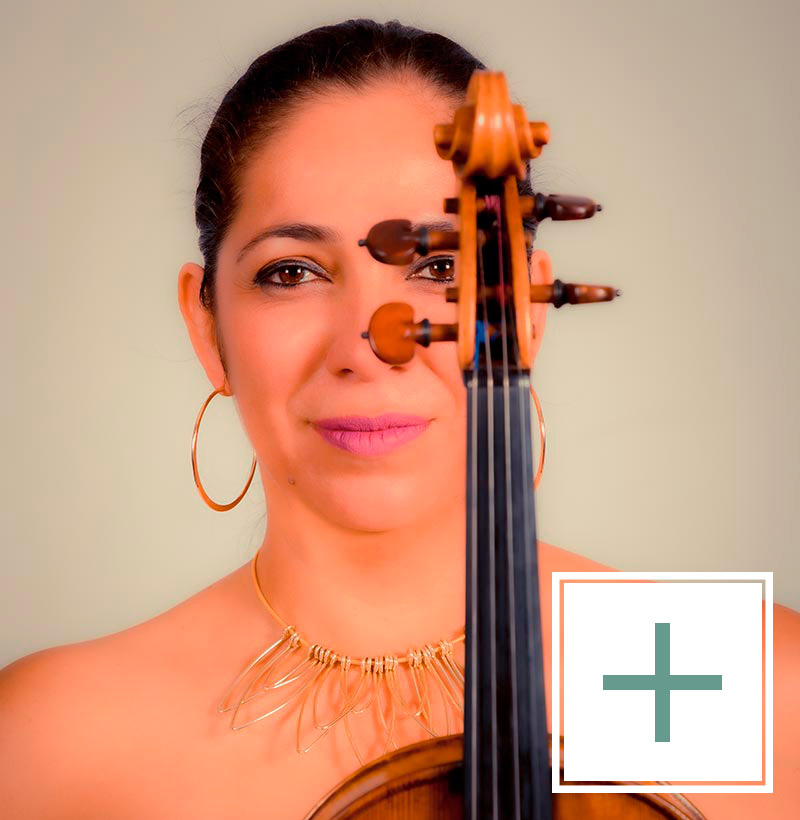 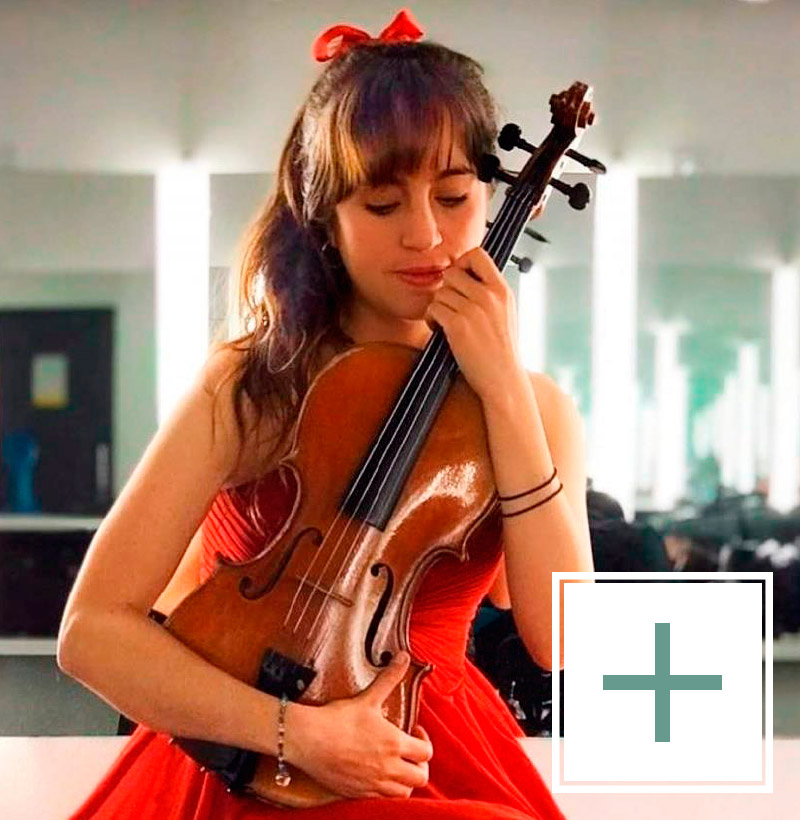 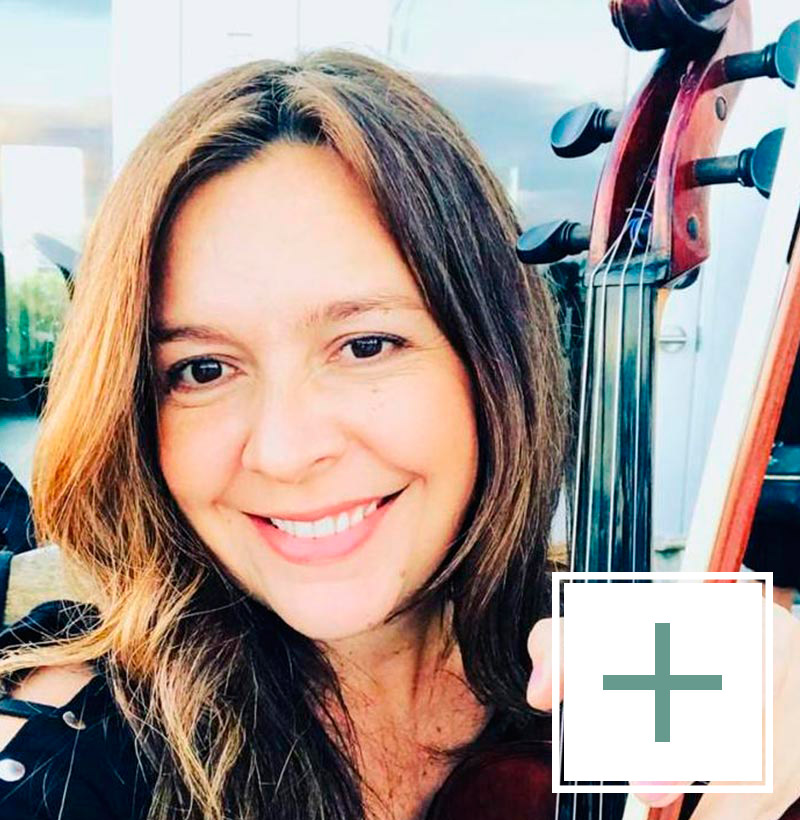 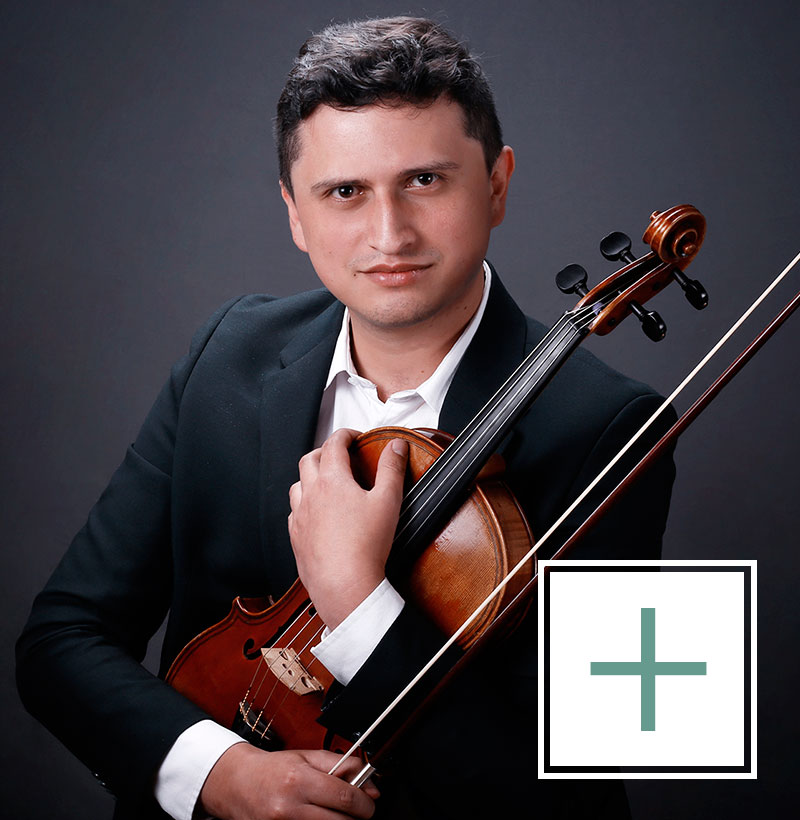 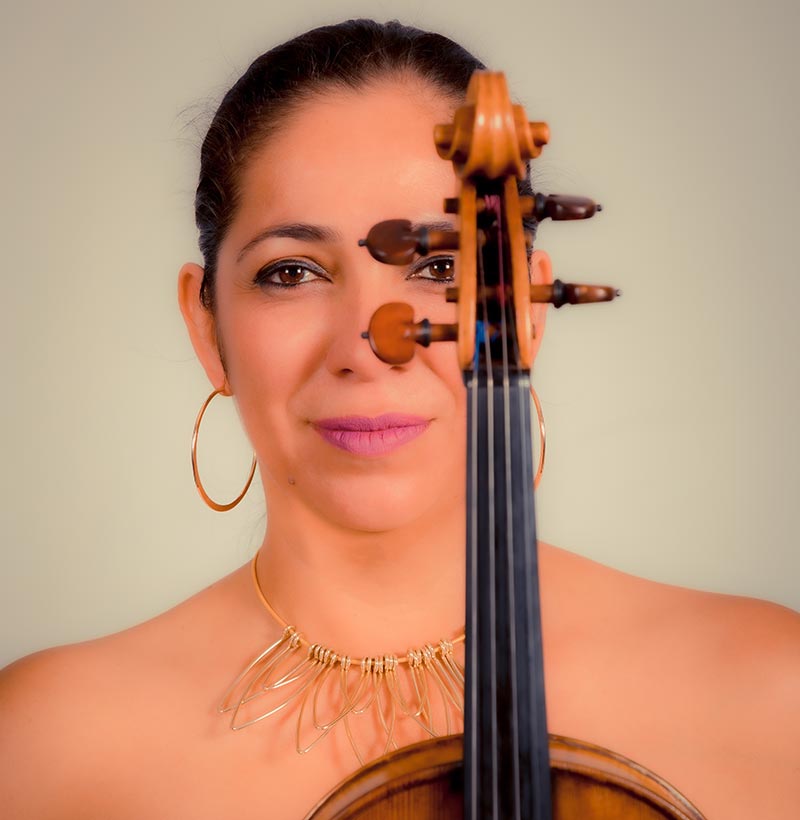 Sandra works as a chamber musician/orchestrator and pedagogue. Her vocation as a manager has led her to create the Interviolas Bogotá Festival, which began in 2010. Together with the Q-Arte String Quartet, she founded the International String Quartet Festival FestiQ-Artetos in 2014.

She studied viola performance at the Conservatory of Tolima, the National University of Colombia, and the Universität Mozarteum Salzburg (Austria), where she studied under the tutelage of the renowned violist Thomas Riebl. She has participated in masterclasses with outstanding teachers such as Joseph de Pasquale, Veronica Hagen, Diemut Poppen, Wilfried Strehle, Predrag Katanic, Aníbal Dos Santos, among others. She completed his studies by expanding his chamber music training by taking a postgraduate course in chamber music at the Pontificia Universidad Javeriana with maestro Richard Young, violist of the Vermeer String Quartet. In this field, she has received classes with the Hagen Quartet, Borodin Quartet, Cuarteto Casal, Kronos Quartet, Cuarteto Latinoamericano, Avalon String Quartet, Miami String Quartet, and Cuarteto Quiroga. She was awarded in two national competitions in 1997 and 2000, obtaining the first place in the Concurso Jóvenes Intérpretes ̈Roberto Mantilla Álvarez organized by the Orquesta Sinfónica de Colombia and the second place in the Viola competition organized by the Biblioteca Luis Ángel Arango del Banco de la República (Luis Ángel Arango Library of the Banco de la República).

She has developed her chamber music activity since 2010 with Q-Arte String Quartet, one of the most renowned quartets in Latin America (nominated for the Latin Grammy 2020 and The Classical: NEXT Innovation Award, Netherlands). Q-Arte String Quartet focuses its craft on exploring, disseminating, and interpreting Latin American academic and contemporary music. With the quartet, she has participated in important festivals, and concerts in Colombia, the United States, Europe, and Latin America and has recorded the music of renowned Colombian and Latin American composers. In 2017, the Bogota International Music Festival invited her to play with Julian Rachlin, Alexander Buzlov, Alissa Margulis, Sara McElravy, and Daniel Müller Schott.

As a teacher, she has been building a viola studio for the past eleven years. She has also offered masterclasses in different institutions nationally and internationally. Among the pedagogical collaborations carried out internationally with the Q-Arte Quartet, it is worth mentioning her work in renowned venues such as The University of Chicago, Chicago Columbian College, University of Kent, Jacobs School of Music, Indiana University, Missouri State University, in the United States, as well as the Instrumenta Oaxaca Festival and the National Conservatory of Music in Mexico.

She is currently the violist of the Q-Arte Quartet, a member of the Bogotá Philharmonic Orchestra, professor of viola at the Conservatory of Music of the National University of Colombia, and professor of chamber music and viola at the Pontificia Universidad Javeriana.

Sandra is pursuing a PhD in Music with emphasis in Performance at the University of Aveiro (Portugal) and plays on a viola made in 1982 by Sergio Peresson. 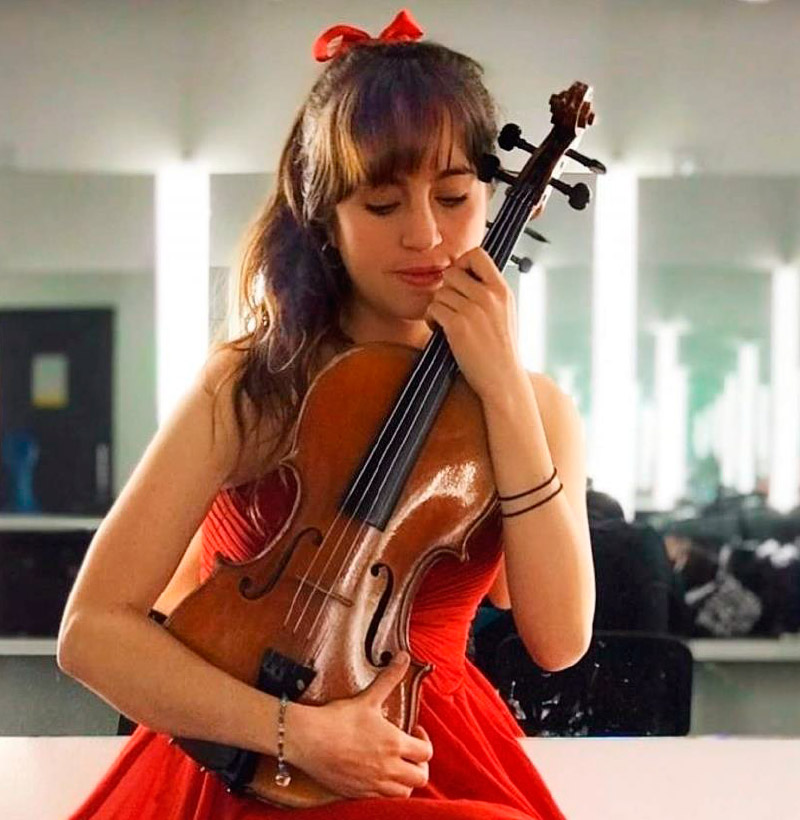 She graduated as a violist at Javeriana University and Business Administration at EAN University.

She began her musical education at the age of 7 years in the National Batuta Foundation. She was part of Batuta Bogotá Youth Symphony Orchestra, a group with which she participated in the first edition of the Itinerant festival «La Via dei Concerti,» the Young Euro Classic Festival Berlin, and on tour in different cities in Germany and Italy.

She studied the viola under the direction of Professor Sandra Arango. As a music student, she became a tutor at an interfaculty course and supported the Children’s and the youth music program at Javeriana University.  She was a volunteer at the Cartagena Music Festival, where she helped with the logistics and management of master classes. 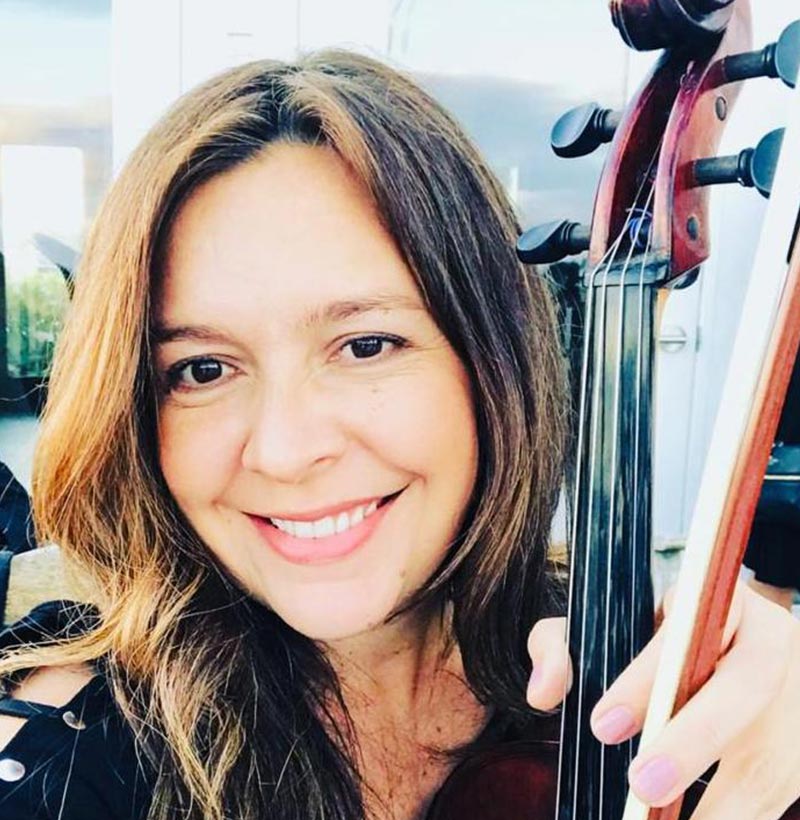 Born in Ibague Tolima (Colombia), she began her musical studies at the Tolima Conservatory at age 11, where she graduated as a musician with a bachelor’s degree in 1995. As a violist, she was part of several orchestras such as the National Batuta Symphony, Youth Symphony of Colombia, Philharmonic Orchestra from Cundinamarca, Philharmonic of the Valle, Symphony of Tolima, among others.

In 2005, She received her Master degree in Musical pedagogy with an emphasis on viola of the National Pedagogical University, with the Master of Viola Anibal Dos Santos.

Since then, she resides in Miami, Florida, where she has participated in different recordings and concerts with Pop Famous Artists such as Juanes, Franco de Vita, Marc Anthony, Jennifer López, Gilberto Santa Rosa, Alex Campos, Felipe Peláez among others. She became part of several recording productions with Alex Campos, Chenoa, Marcos Witt, obtained 2 Latin Grammy in 2011 with Franco de Vita «Primera fila» She won Latin Grammy and American Grammy with Juanes at the Unplugged MTV 2012. In the year 2020, she won a Grammy with Alex Campo on the «Soldado» album.

She is a violin, viola, and piano professor and a member of the Miami Symphony Orchestra. 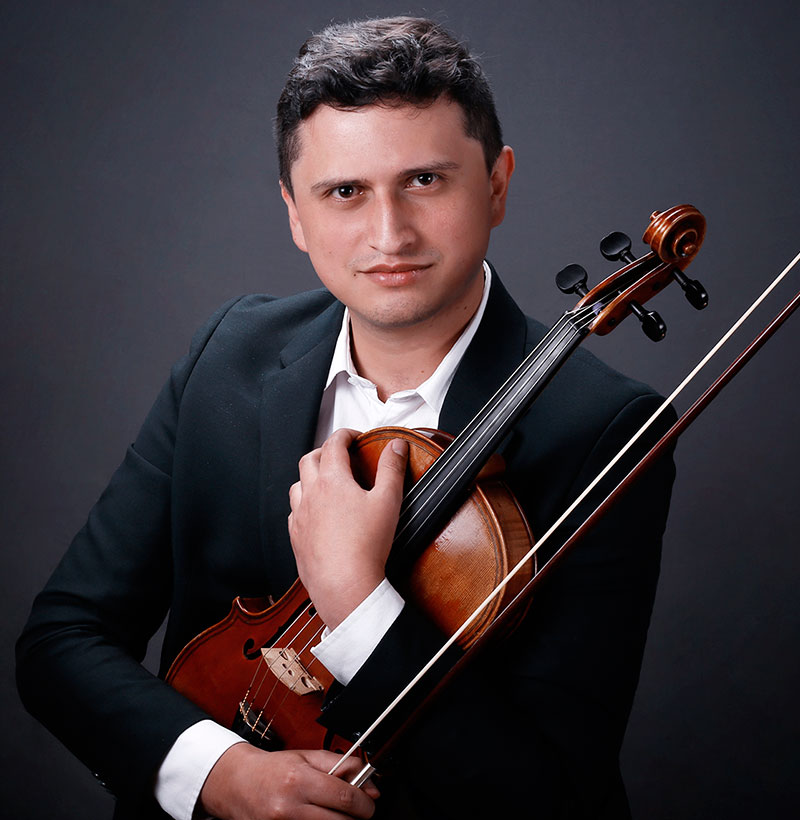 He is a founding member of the Bogotá Chamber Orchestra, an orchestra in which the principles of chamber music are transferred to the dimensions of the symphonic repertoire.  He has been a member of the Filarmónica Joven de Colombia since 2012. In addition to his participation as a musician in the orchestra, he has been a viola workshop leader in cycles of classes offered by the orchestra during tours. In addition to volunteering for the La Joven en Acción and Creando Lazos programs of the Bolivar Davivienda Foundation, he has been a workshop leader in the Chamber Music Festival of the Notas de Paz Foundation and the Formation of Trainers Program for the Batuta National Foundation.

He has been part of the Youth Philharmonic Orchestra of Bogota and has been invited as supernumerary to the National Symphony Orchestra and the Philharmonic Orchestra of Bogota. He has ventured into historically informed interpretation in academic and professional spaces, which stands out his participation in the Ensamble Barroco de Bogotá and the Jeune Orchestre Atlantique. He has also worked as a professor at the Fundación Nacional Batuta and the Universidad Nacional de Colombia.